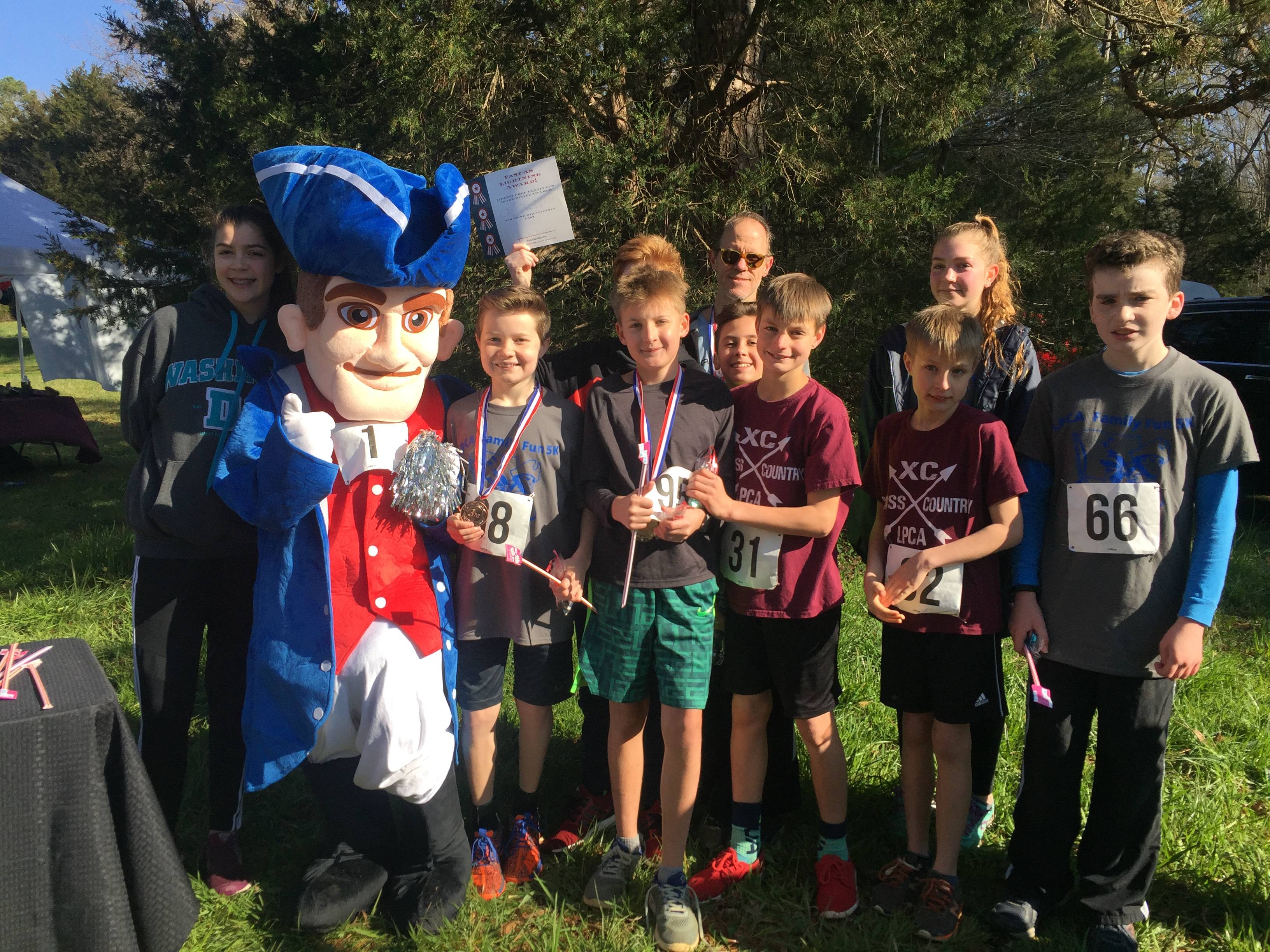 LPCA athletics have grown leaps and bounds over the past few years thanks to Athletic Director, Coach Hunt, and dedicated coaches like Kahlie Dahlbeck.  New growth brings new opportunities, but also new expenses.

Coach Dahlbeck saw the need to provide increased funding for LPCA’s growing athletic program as well as the need for additional 5K races in Lake Norman area in the fall.  She had an idea for LPCA to host a 5K race that would meet both these needs. The first step was to organize a LPCA Family 5K to provide seed money that would allow LPCA to host a community wide 5K in the fall.  With the help of Ashley Davis, Nieves, Martino, and several dedicated parents, close to 100 people participated in the Family 5K. Even with a last minute date change, due to circumstances beyond their control, it was a huge success!

Parents, students, staff members, and furry friends gathered on the chilly spring morning to sprint, run, or walk the course.  Even Pat the Patriot was there cheering on the crowd! Every participant received a roaring round of applause as they crossed the finish line.   Medals and prizes were distributed to all the winners for several categories. Ryan Werner came in first overall, Cooper Getchell was second, and Kinlee Shea was third.

We look forward to the first official LPCA 5K race that will be held at Trump National on November 23rd!

Why Do We Have School on Veteran’s Day?

Sometimes people ask why we have school on Veteran’s Day.  Due to our limited on…

Recent Posts
Find Us On Facebook
Ready to take the next step in your child's educational development?
Get Started Today