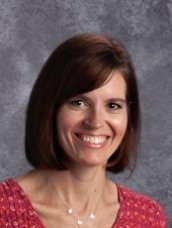 Gloria Akins has been on staff at LPCA since they first opened their doors in August of 2010. She spent 2 years teaching kindergarten, and now serves as our Character Ed. and Family Ministry Advisor. Gloria earned her B.A., and Master’s Degree from the University of Florida.  She graduated in 1996 with a major in Elementary Education, specializing in Early Childhood.

Gloria has been married to Troy for almost 14 years. They have 3 children who attend Liberty Prep. Twins Emily and Lauren are in 5th grade, and Luke is in 4th.  They also have a two year old boy still at home named Colt.  Their 4 children are incredible blessings from God!

Gloria enjoys spending time with her family, reading, and being outdoors. Working at LPCA has been a joy from the start.  Her position allows her to minister to her family and others in the way she believes God has called her.